Four generations of ownership.
A singular focus on the customer.

When a business runs in the family for this long, good business practices and great longstanding partnerships become permanent fixtures. 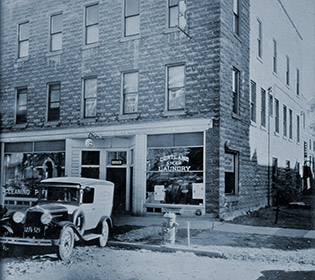 Harry L. Ames founded Ames Linen Service as a traditional family laundry in Ithaca. In 1921, he purchased the Cortland Steam Laundry and moved the operations to Cortland. Donald F. Ames, Harry’s son, left Cornell University in 1935 to take over operations of the company. Don’s entrepreneurial spirit drove the business forward over 40 years – taking in “the wash” at the front counter as well as providing pickup and delivery service to local businesses. In 1976, Donald S. Ames, better known as “Bud,” purchased the business from his father and began the transformation to a full service, textile rental company. The company’s service area expanded into the Syracuse, Auburn, Ithaca, and Binghamton markets and included customers in the healthcare and hospitality industries. Over the next 30 years, Ames Linen Service’s reputation was solidly defined as quality driven and customer focused.

In 2001 Johanna Ames, the founder’s great grand daughter joined the company. Planning for growth and recognizing the limitations of their downtown plant, she and Bud sought out a new location for the company. In 2006, the family dream of a state of the art, highly efficient textile rental plant was realized. Not only is Ames Linen energy efficient, fast paced and modern but employs a team that’s committed to customer satisfaction and quality products

In 2007 Johanna Ames purchased the business from her father and became the 4th generation Ames to own the business.

The Word on Ames Linen 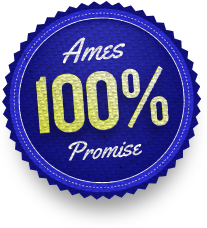 The Ames Linen Promise: We'll give you our best and guarantee it.

Ames Linen strives for 100% customer satisfaction. That means our products and customer service are the best they can be. We appreciate your business, so we'll credit any item you deem unacceptable.